Port Washington is a hamlet and census-designated place (CDP) in Nassau County, New York on the North Shore of Long Island. As of the United States 2010 Census, the community population was 15,846.

In the 1870s, Port Washington became an important sand-mining town; it had the largest sandbank east of the Mississippi, and easy barge access to Manhattan. Some 140 million cubic yards of local sand were used for concrete for New York skyscrapers like the Empire State and Chrysler buildings, according to Jon Kaiman, the Town Supervisor until 2013. Fifteen years ago, the sand mines were redeveloped as Harbor Links, a golf course for North Hempstead residents.

Port Washington is depicted as the area of East Egg in F. Scott Fitzgerald's novel, The Great Gatsby.

The Knickerbocker Yacht Club is a yacht club in Port Washington for over 100 years. 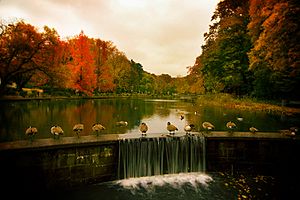 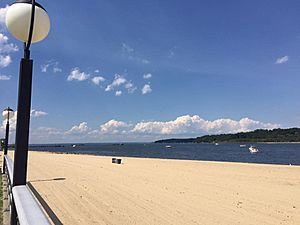 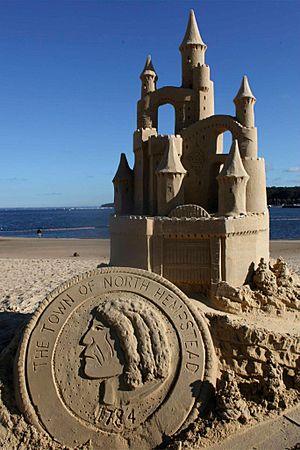 Bar Beach is a beach located on the North Shore (Long Island), in Port Washington. It is adjacent to Hempstead Harbor beach.

In addition to the annual Memorial Day fireworks show, the beach is host to "Beachfest", an end of summer festival which is held each September. Beachfest features music, games, food vendors, and attractions for all ages. 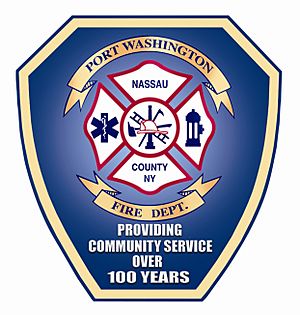 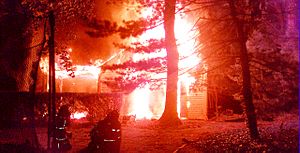 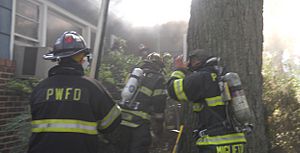 Port Washington is the terminus of New York State Route 101, and of the Port Washington Branch of the Long Island Rail Road built at the end of the 19th century at a station of the same name, opening for passengers in 1898. Anticipating growth due to the railroad, the community was renamed from Cow Neck. Shoreline roads connect it to Manhasset and Roslyn, New York. During part of the 1930s, before the opening of New York City's Marine Air Terminal, Port Washington was the New York base of the Yankee Clipper Boeing 314 seaplane.

All content from Kiddle encyclopedia articles (including the article images and facts) can be freely used under Attribution-ShareAlike license, unless stated otherwise. Cite this article:
Port Washington, New York Facts for Kids. Kiddle Encyclopedia.