The Virgin Islands (Spanish: Islas Vírgenes) are an archipelago in the Caribbean Sea. They are geologically and biogeographically the easternmost part of the Greater Antilles, the northern islands belonging to the Puerto Rico Trench and St. Croix being a displaced part of the same geologic structure. Politically, the British Virgin Islands have been governed as the western island group of the Leeward Islands, which are the northern part of the Lesser Antilles, and form the border between the Caribbean Sea and the Atlantic Ocean. The archipelago is separated from the true Lesser Antilles by the Anegada Passage and from the main island of Puerto Rico by the Virgin Passage. 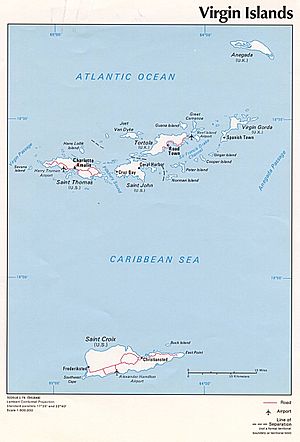 The locations of the US and UK Virgin Islands 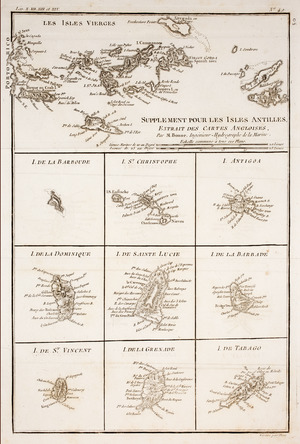 The Virgin Islands were originally inhabited by the Arawak, Carib, and Cermic, almost all of whom are thought to have perished during the colonial period due to enslavement, foreign disease, and mass extermination brought about by European colonists as is the case in the rest of the Caribbean.

European colonists later settled here and established sugar plantations, at least one tobacco plantation, and purchased slaves acquired from Africa. The plantations are gone, but the descendants of the slaves remain the bulk of the population, sharing a common African-Caribbean heritage with the rest of the English-speaking Caribbean.

In 1916 and 1917, Denmark and the U.S., respectively, ratified a treaty in which Denmark sold the Danish West Indies to the United States of America for $25 million in gold.

In the 1990s a Puerto Rican tourism campaign renamed the Passage Islands as the Spanish Virgin Islands, They are part of the Commonwealth of Puerto Rico, located east of the main island of Puerto Rico. They are closer to St. Thomas than St. Thomas is to St. Croix.

All content from Kiddle encyclopedia articles (including the article images and facts) can be freely used under Attribution-ShareAlike license, unless stated otherwise. Cite this article:
Virgin Islands Facts for Kids. Kiddle Encyclopedia.