List of national memorials of the United States facts for kids 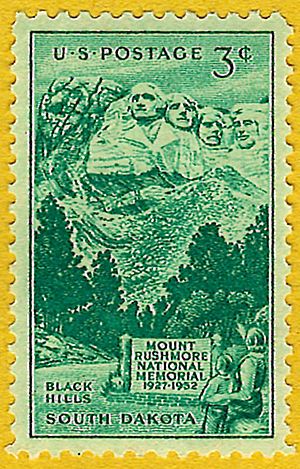 National memorial is a designation in the United States for an officially recognized area that memorializes a historic person or event. As of September 2020[update] the National Park Service (NPS), an agency of the Department of the Interior, owns and administers thirty-one memorials as official units and provides assistance for five more, known as affiliated areas, that are operated by other organizations. Congress has also designated twenty additional independently operated sites as national memorials. Another six memorials have been authorized and are in the planning stage. Memorials need not be located on a site directly related to the subject, and many, such as the Lincoln Memorial, do not have the word "national" in their titles. There is a degree of overlap in development of some areas designated as memorials, monuments, and historic sites, and their characterization is not always consistent with their names, such as whether the site is closely associated with whom it memorializes.

The earliest and perhaps most recognizable is the uniquely designated Washington Monument, which was completed in 1884 and transferred to the NPS in 1933. The most recently named is the National Veterans Memorial and Museum, so designated by Congress and dedicated in 2018. The Pearl Harbor National Memorial was created out of the World War II Valor in the Pacific National Monument in 2019 and was previously just the USS Arizona Memorial. The NPS national memorials are in 15 states and the District of Columbia. Washington, D.C., has the most, twelve, followed by Pennsylvania and New York, each with three. The affiliated areas are in four states (two additional beyond those with NPS memorials) and the Northern Mariana Islands, while the other sites are in nine states (five additional), the District of Columbia, and Midway Atoll.

Among the NPS national memorials and affiliated areas, ten celebrate US presidents, eleven recognize other historic figures, six commemorate wars, five memorialize disasters, and five represent early exploration. Ten of the nineteen non-NPS memorials commemorate wars or veterans, another six represent groups of people who died for related reasons, and two relate to Native American history. Several major war memorials are located on or near the National Mall, contributing to the national identity. The historic areas within the National Park System are automatically listed on the National Register of Historic Places.

"National Memorial" is omitted below in the names of sites that include it; others may separate the two words or just use "Memorial", and there is also one international memorial included. Self-appellations by private organizations, such as the George Washington Masonic National Memorial, that are not officially designated are not listed here, as Congress has reserved the right to create national memorials.

The National Park Service provides technical or financial assistance to affiliated areas but does not own or administer them.

Congress has designated a number of sites as national memorials but not as units or affiliated areas of the National Park Service. While some are operated by other government agencies, most of these were created by local governments or private organizations which sought federal designation for wider and official recognition; the naming does not necessarily come with federal funding. Congress has also authorized the construction of many memorials or commemorative works on federal land under the Commemorative Works Act, usually in Washington, D.C., or nearby; these are not listed unless specifically called a national memorial.

These memorials have been authorized by Congress but have not yet been constructed and established.

All content from Kiddle encyclopedia articles (including the article images and facts) can be freely used under Attribution-ShareAlike license, unless stated otherwise. Cite this article:
List of national memorials of the United States Facts for Kids. Kiddle Encyclopedia.