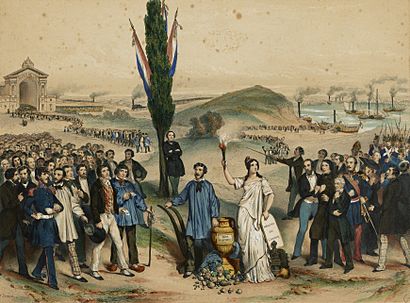 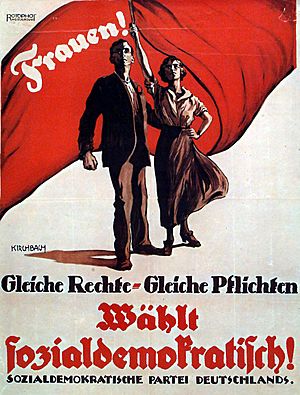 Suffrage is the right to vote. Most countries allow citizens to vote once they are legally an adult. In the past not all people were allowed to vote. In general, most countries today do not stop people of a different race or sex from voting.

Suffrage can also apply to states themselves. Article V. of the U. S. Constitution does not allow any amendment to take away the States' equal suffrage in the Senate.

All content from Kiddle encyclopedia articles (including the article images and facts) can be freely used under Attribution-ShareAlike license, unless stated otherwise. Cite this article:
Suffrage Facts for Kids. Kiddle Encyclopedia.