Wheeler Heights is a suburb of Northern Sydney, in the state of New South Wales, Australia. Wheeler Heights is located 22 kilometres north-east of the Sydney central business district, in the local government area of Northern Beaches Council and is part of the Northern Beaches region. Wheeler Heights was designated as a separate suburb in 1977 with a postcode of 2097, but was reassigned as a locality within Collaroy in 1984. In 2001, all localities were renamed Urban Places. In 2011, Wheeler Heights, along with Collaroy Plateau, was re-established as a suburb by the Geographical Names Board of NSW, after lobbying by the community, who had never ceased considering it to be a suburb since its loss of that title in 1984. 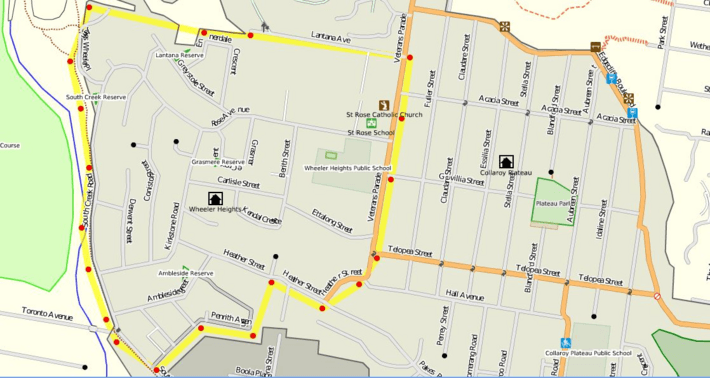 Heritage and History of Warringah 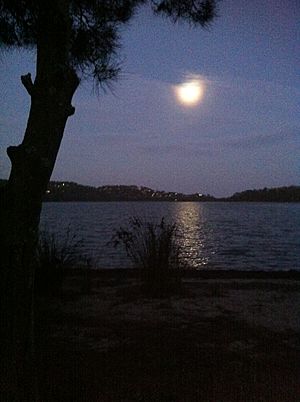 On Wednesday 25 February 2015, Warringah Council opened the last link in the Narrabeen Lagoon Bush trail from South Creek, Middle Creek and to Deep Creek.
The 8.4 km complete trail around the Lagoon crosses two steel bridges and runs adjacent to the Sydney Sports Academy.
The path and bridges allows bushwalkers, cyclists and joggers to travel in safety while being close to nature and enjoying the breathtaking beauty of Narrabeen Lagoon. 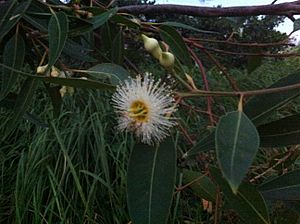 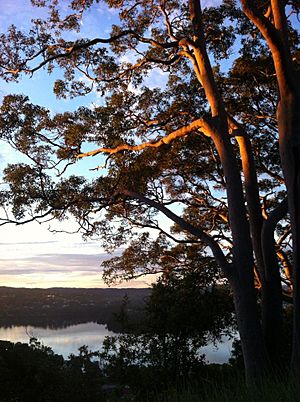 Warringah is home to over 900 native plant species, subspecies, varieties and forms that can be found from the coastal sand dunes and estuaries to sandstone ridge tops and plateaux. Wheeler Heights has dry sclerophyll forests (Shrubby subformation) ‘Shrubby dry sclerophyll forest has typically Australian species such as waratahs, banksias, wattles, pea-flowers and tea-trees. There is a sparse ground cover of sedges and grasses growing on sandy soils that are among the world’s least fertile.’

The main form of transport after private cars is by public transport buses.
Google maps provides an interactive map of the buses servicing Wheeler Heights

There are 2 Schools in Wheeler Heights

There is one Long Day Care Centre

All content from Kiddle encyclopedia articles (including the article images and facts) can be freely used under Attribution-ShareAlike license, unless stated otherwise. Cite this article:
Wheeler Heights, New South Wales Facts for Kids. Kiddle Encyclopedia.