Whitefriars is an area in the Ward of Farringdon Without in the City of London. Until 1540, it was the site of a Carmelite monastery, from which it gets its name. 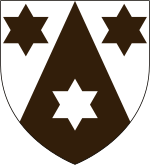 The coat of arms of the Carmelite order.

There are evidences that show that the site was occupied by a religious institution in 1253. Only a crypt remains today of what was once a late 14th century priory belonging to a Carmelite order popularly known as the White Friars because of the white mantles they wore on formal occasions. During its heyday, the priory sprawled the area from Fleet Street to the Thames. At its western end was the Temple and to its east was Water Lane (now called Whitefriars Street). A church, cloisters, garden and cemetery were housed in the ground. 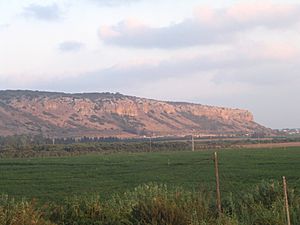 The roots of the Carmelite order go back to its founding on Mount Carmel, which was situated in what is today Israel, in 1150. The order had to flee Mount Carmel to escape the wrath of the Saracens in 1238. Some members of the order found a sympathizer in Richard, Earl of Cornwall, and brother of King Henry III, who helped them travel to England, where they built a church on Fleet Street in 1253. A larger church supplanted this one a hundred years later.

All content from Kiddle encyclopedia articles (including the article images and facts) can be freely used under Attribution-ShareAlike license, unless stated otherwise. Cite this article:
Whitefriars, London Facts for Kids. Kiddle Encyclopedia.