Will Theunissen facts for kids 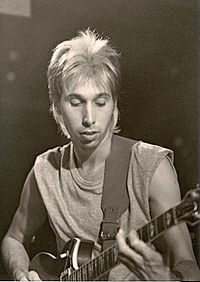 Will Theunissen (30 June 1954 – 1 May 2020) was a Dutch guitarist. He was born in Nijmegen. Theunissen was the founder of the Jazz Rock band Elevator from Nijmegen, which was active in the 1970s.

All content from Kiddle encyclopedia articles (including the article images and facts) can be freely used under Attribution-ShareAlike license, unless stated otherwise. Cite this article:
Will Theunissen Facts for Kids. Kiddle Encyclopedia.