Jazz fusion (or "jazz-rock fusion" or fusion) is a genre or style of music. Jazz fusion mixes jazz with rock. Some jazz fusion also uses funk, rhythm and blues and world music.

Jazz fusion music is not heard much on the radio in the United States or Canada. In Europe, it is more popular on radio stations. 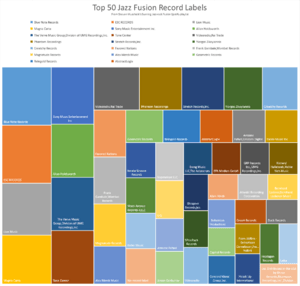 All content from Kiddle encyclopedia articles (including the article images and facts) can be freely used under Attribution-ShareAlike license, unless stated otherwise. Cite this article:
Jazz fusion Facts for Kids. Kiddle Encyclopedia.