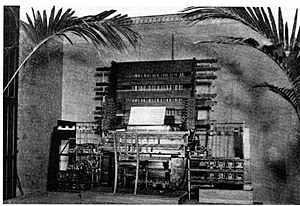 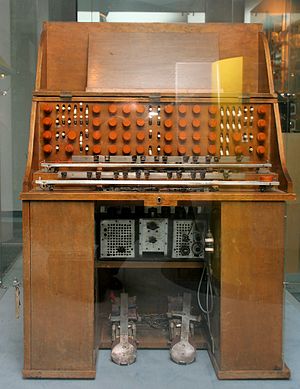 A musical synthesizer is an instrument that uses electricity to make musical sounds. They are the main instrument for making electronic music. Many synthesizers have a keyboard like that of a piano. When playing a piano keyboard, sounds are made by hitting soft hammers against strings pulled very tight. When playing a synthesizer keyboard, sounds are made by turning electrical oscillators on and off. Since "synthesizer" is such a big word, the word is usually shortened to "synth".