Keith Noel Emerson (2 November 1944 – 11 March 2016) was an English musician and composer. He played keyboards in a number of bands before finding his first commercial success with the Nice in the late 1960s. He became internationally famous for his work with the Nice, which included writing rock arrangements of classical music. After leaving the Nice in 1970, he was a founding member of Emerson, Lake & Palmer (ELP), one of the early progressive rock supergroups.

Emerson, Lake & Palmer were commercially successful through much of the 1970s, becoming one of the best-known progressive rock groups of the era. Emerson wrote and arranged much of ELP's music on albums such as Tarkus (1971) and Brain Salad Surgery (1973), combining his own original compositions with classical or traditional pieces adapted into a rock format.

Following ELP's break-up at the end of the 1970s, Emerson pursued a solo career, composed several film soundtracks, and formed the bands Emerson, Lake & Powell and 3 to carry on in the style of ELP. In the early 1990s, Emerson rejoined ELP, which reunited for two more albums and several tours before breaking up again in the late 1990s. Emerson also reunited the Nice in 2002 for a tour. 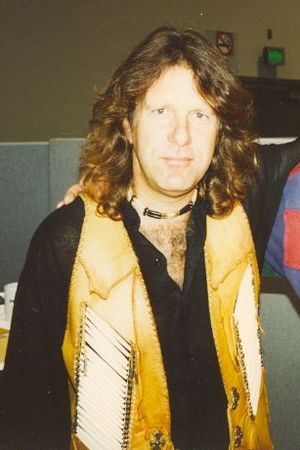 During the 2000s, Emerson resumed his solo career, including touring with his own Keith Emerson Band and collaborating with several orchestras. He reunited with ELP bandmate Greg Lake in 2010 for a duo tour, finishing in a one-off ELP reunion show in London to celebrate the band's 40th anniversary. Emerson's last album, The Three Fates Project, was released in 2012.

Emerson reportedly suffered from depression, and in his later years developed nerve damage that hampered his playing, making him anxious about upcoming performances. He took his own life on 11 March 2016 at his home in Santa Monica, California.

Emerson was widely regarded as one of the top keyboard players of the progressive rock era. AllMusic describes Emerson as "perhaps the greatest, most technically accomplished keyboardist in rock history".

All content from Kiddle encyclopedia articles (including the article images and facts) can be freely used under Attribution-ShareAlike license, unless stated otherwise. Cite this article:
Keith Emerson Facts for Kids. Kiddle Encyclopedia.