Wongaling Beach is a tropical beachside coastal town and locality in the Cassowary Coast Region, Queensland, Australia. In the 2016 census Wongaling Beach had a population of 1,245, making it the most populated suburb in the town of Mission Beach. 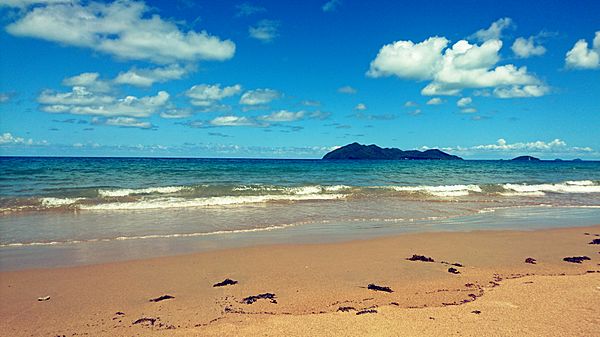 The suburb takes its name from its beach where the town allotments were surveyed in 1973. Wongaling is an Aboriginal word meaning pigeon.

Wongaling Beach Library facility was given a major refurbishment in 2002.

Wongaling Beach has a tropical climate. The nearest Bureau station with monthly weather statistics is in South Johnstone which is located 35.4 km from Wongaling Beach.

Despite its name, Mission Beach State School is located in Wongaling Beach. The school has provided education since 1955. In 2018, 314 students between Prep and year 6 attend the school.

All content from Kiddle encyclopedia articles (including the article images and facts) can be freely used under Attribution-ShareAlike license, unless stated otherwise. Cite this article:
Wongaling Beach, Queensland Facts for Kids. Kiddle Encyclopedia.