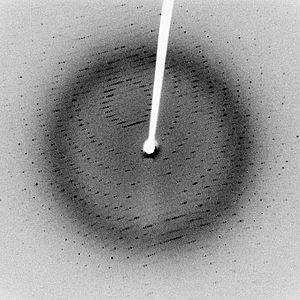 The technique was jointly invented by Sir William Bragg (1862–1942) and his son Sir Lawrence Bragg (1890–1971). They won the Nobel Prize in Physics for 1915. Lawrence Bragg is the youngest to be made a Nobel Laureate. He was the Director of the Cavendish Laboratory, Cambridge University, when the discovery of the structure of DNA was made by James D. Watson , Francis Crick , Maurice Wilkins, and Rosalind Franklin in February 1953.