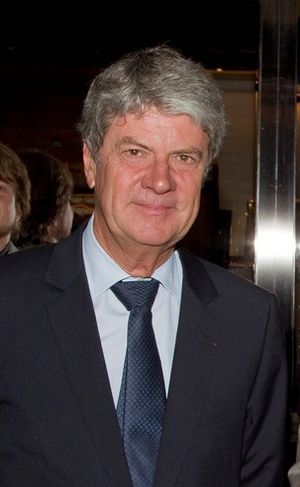 Yves Carcelle (18 May 1948 – 31 August 2014) was a French businessman. He was the chairman and CEO of the LVMH subsidiary Louis Vuitton. He served from 1990 until 2012. He first joined Louis Vuitton in 1989 as a strategic director. Until his death, he was a LVMH executive committee member.

Carcelle was born in Paris. He graduated from both the École Polytechnique and INSEAD. He was an Officer of the Legion of Honour, and later became a knight. He was also Honorary Member of the New Zealand Order of Merit. He was married to Rebecca and had five children.

All content from Kiddle encyclopedia articles (including the article images and facts) can be freely used under Attribution-ShareAlike license, unless stated otherwise. Cite this article:
Yves Carcelle Facts for Kids. Kiddle Encyclopedia.