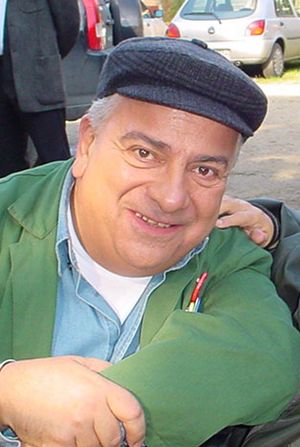 Zeki Alasya (18 April 1943 – 8 May 2015) was a Turkish actor and director. He began his acting career in the 1970s on television and movies, and directed about 20 movies. He also worked with comedian Metin Akpınar.

Alasya was born Istanbul and was of Turkish Cypriot ancestry. He died from liver disease, aged 72.

All content from Kiddle encyclopedia articles (including the article images and facts) can be freely used under Attribution-ShareAlike license, unless stated otherwise. Cite this article:
Zeki Alasya Facts for Kids. Kiddle Encyclopedia.