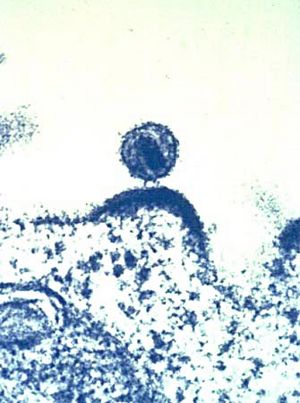 HIV virus going out of a cell 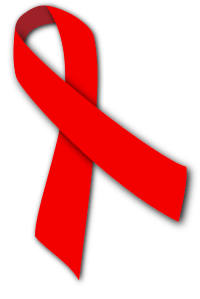 Red ribbon – the symbol of the fight against AIDS

How many people have AIDS?

As of 2018, it is estimated that there are 39.7 million people worldwide infected with HIV. The HIV pandemic is most severe in Sub-Saharan Africa. Over 60% of all people with HIV live in the region.

All content from Kiddle encyclopedia articles (including the article images and facts) can be freely used under Attribution-ShareAlike license, unless stated otherwise. Cite this article:
AIDS Facts for Kids. Kiddle Encyclopedia.