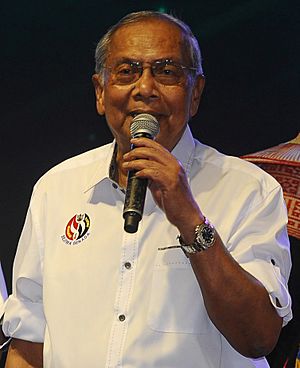 Adenan bin Satem (27 January 1944 – 11 January 2017) was a Malaysian politician. He was the fifth Chief Minister of Sarawak from 1 March 2014 until his death. He was born in Kuching, Sarawak when it was under Japanese rule during World War II.

All content from Kiddle encyclopedia articles (including the article images and facts) can be freely used under Attribution-ShareAlike license, unless stated otherwise. Cite this article:
Adenan Satem Facts for Kids. Kiddle Encyclopedia.