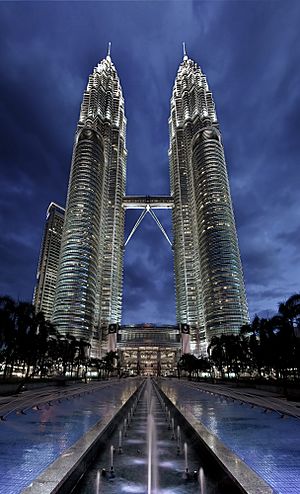 Petronas is a Malaysian-owned oil and gas company that was founded on August 17, 1974. Petronas is owned by the Malaysia government. It is in charge of all of the oil and gas resources in Malaysia.

All content from Kiddle encyclopedia articles (including the article images and facts) can be freely used under Attribution-ShareAlike license, unless stated otherwise. Cite this article:
Petronas Facts for Kids. Kiddle Encyclopedia.