Kuala Lumpur, officially the Federal Territory of Kuala Lumpur and commonly known as KL, is the national capital and largest city in Malaysia. As the global city of Malaysia, it covers an area of 243 km2 (94 sq mi) and has an estimated population of 1.73 million as of 2016[update]. Greater Kuala Lumpur, also known as the Klang Valley, is an urban agglomeration of 7.25 million people as of 2017[update]. It is among the fastest growing metropolitan regions in Southeast Asia, in both population and economic development.

Kuala Lumpur is the cultural, financial and economic centre of Malaysia. It is also home to the Parliament of Malaysia and the official residence of the Malaysian King (Yang di-Pertuan Agong), the Istana Negara. The city once held the headquarters of the executive and judicial branches of the federal government, but these were relocated to Putrajaya in early 1999.

Kuala Lumpur is one of the three Federal Territories of Malaysia, within the state of Selangor, on the central west coast of Peninsular Malaysia. Since the 1990s, the city has played host to many international sporting, political and cultural events including the 1998 Commonwealth Games and the 2017 Southeast Asian Games.

Kuala Lumpur has undergone rapid development in recent decades and is home to the tallest twin buildings in the world, the Petronas Towers, which have since become an iconic symbol of Malaysian development.

Kuala Lumpur has a comprehensive road system supported by an extensive range of public transport networks. It is one of the leading cities in the world for tourism and shopping, being the tenth most-visited city in the world in 2017. The city houses three of the world's ten largest shopping malls.

Kuala Lumpur has been ranked by the Economist Intelligence Unit's Global Liveability Ranking at No. 70 in the world, and No. 2 in Southeast Asia after Singapore. EIU's Safe Cities Index of 2017 rated Kuala Lumpur 31st out of 60 on its world's safest cities list, safer than Beijing or Shanghai.

Kuala Lumpur was named as one of the New7Wonders Cities, and has been named as World Book Capital 2020 by UNESCO. 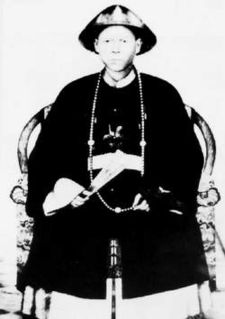 It is unknown who founded or named the settlement called Kuala Lumpur. Chinese miners were involved in tin mining up the Selangor River in the 1840s about ten miles north of present-day Kuala Lumpur, and Mandailing Sumatrans led by Raja Asal and Sutan Puasa were also involved in tin mining and trade in the Ulu Klang region before 1860, and Sumatrans may have settled in the upper reaches of Klang River in the first quarter of the 19th century, possibly earlier. 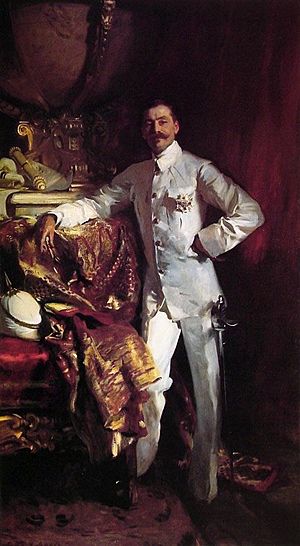 Kuala Lumpur was originally a small hamlet of just a few houses and shops at the junction of Sungai Gombak and Sungai Klang (Klang River) before it grew into a town. It is generally accepted that Kuala Lumpur become established as a town circa 1857, when the Malay Chief of Klang aided by his brother raised funds from Malaccan Chinese businessmen to hire some Chinese miners from Lukut to open new tin mines there.

Kuala Lumpur was the furthest point up the Klang River to which supplies could conveniently be brought by boat; it therefore became a collection and dispersal point serving the tin mines. Although the early miners suffered a high death toll due to the malarial conditions of the jungle, the Ampang mines were successful, and the first tin from these mines was exported in 1859.

Part of a panoramic view of Kuala Lumpur ca. 1884

Early Kuala Lumpur was a small town that suffered from many social and political problems – the buildings were made of wood and atap (palm frond thatching) that were prone to fire, lack of proper sanitation plagued the town with diseases, and it suffered from a constant threat of flooding. The town became involved in the Selangor Civil War due in part to the fight for control of income from the tin mines.

The war and other setbacks, such as a drop in tin prices, led to a slump, furthermore a major outbreak of cholera caused many to flee the town. The slump lasted until late 1879, when a rise in the price of tin allowed the town to recover. In late 1881, the town was severely flooded, following a fire that had destroyed the entire town in January that year. That the town was rebuilt a few times and thrived, which was due in large part to the tenacity and persistence of Yap Ah Loy. 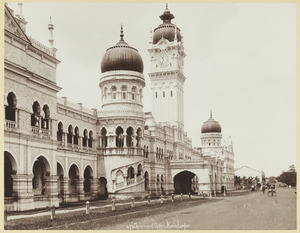 Yap, together with Frank Swettenham who was appointed the Resident in 1882, were the two most important figures of early Kuala Lumpur with Swettenham credited with its rapid growth and development and its transformation into a major urban centre.

Frank Swettenham, on becoming the British Resident, began improving the town by cleaning up the streets. He also stipulated in 1884 that buildings should be constructed of brick and tile so that they would be less flammable, and that the town be rebuilt with wider streets to reduce fire risk. Kapitan Yap Ah Loy bought a sprawling piece of real estate to set up a brick industry for the rebuilding of Kuala Lumpur. 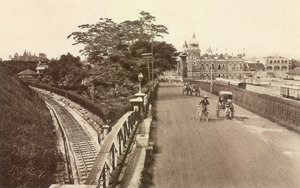 The construction of the railway spurred the growth of the city

A railway line between Kuala Lumpur and Klang, started by Swettenham and completed in 1886, increased accessibility which resulted in the rapid growth of the town. The population grew from 4,500 in 1884 to 20,000 in 1890. As development intensified in the 1880s, it also put pressure on sanitation, waste disposal and other health issues. A Sanitary Board was created on 14 May 1890 which was responsible for sanitation, upkeep of roads, lighting of street and other functions. This would eventually become the Kuala Lumpur Municipal Council.

In 1896, Kuala Lumpur was chosen as the capital of the newly formed Federated Malay States. 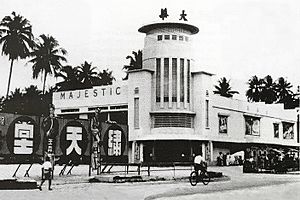 The development of rubber industry in Selangor fueled by the demand for car tyres in the early 20th century led to a boom of the town, with the population of Kuala Lumpur increasing from 30,000 in 1900 to 80,000 in 1920. The growth of the rubber industry led to a flood of foreign capital and planters, with new companies and industries becoming established in Kuala Lumpur. 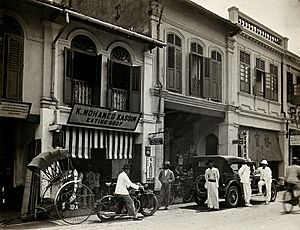 During World War II, Kuala Lumpur was captured by the Imperial Japanese Army on 11 January 1942. Despite suffering little damage during the course of the battle, the wartime occupation of the city resulted in significant loss of lives; at least 5,000 Chinese were killed in Kuala Lumpur in just a few weeks of the occupation by Japanese forces, and thousands of Indians were sent as forced labour to work on the Burma Railway where a large number died.

They occupied the city until 15 August 1945, when the commander in chief of the Japanese Seventh Area Army in Singapore and Malaysia, Seishirō Itagaki, surrendered to the British administration following the atomic bombings of Hiroshima and Nagasaki.

All content from Kiddle encyclopedia articles (including the article images and facts) can be freely used under Attribution-ShareAlike license, unless stated otherwise. Cite this article:
Kuala Lumpur Facts for Kids. Kiddle Encyclopedia.