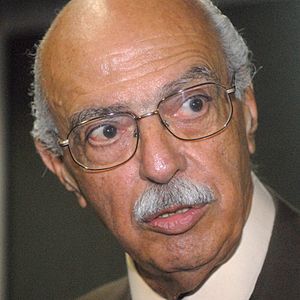 Adib Domingos Jatene (June 4, 1929 – November 14, 2014) was a Brazilian physician, university professor, cardiologist and thoracic surgeon. He was one of the founders of the University of São Paulo Heart Institute. He was known for creating the Jatene operation. Jantene was born in Xapuri, Brazil.

Jantene became Secretary of Health of the city of São Paulo and later Minister of Health of Brazil for both the Fernando Collor de Mello and Fernando Henrique Cardoso administrations. He was a member of the Brazilian Academy of Medicine. He published over 270 scientific academic studies.

All content from Kiddle encyclopedia articles (including the article images and facts) can be freely used under Attribution-ShareAlike license, unless stated otherwise. Cite this article:
Adib Jatene Facts for Kids. Kiddle Encyclopedia.