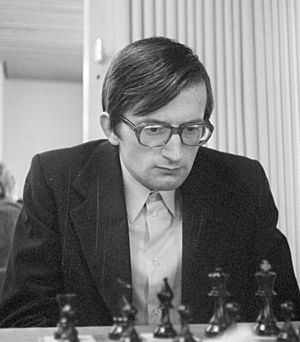 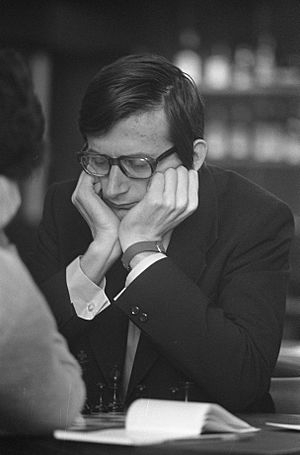 Planinc enjoyed playing old, rarely used openings, and had an tactical style of play that led to some brilliant wins, but also some bad losses. His playing career ended by age 35 because he struggled with a mental illness, but he went on to become a trainer.

All content from Kiddle encyclopedia articles (including the article images and facts) can be freely used under Attribution-ShareAlike license, unless stated otherwise. Cite this article:
Albin Planinc Facts for Kids. Kiddle Encyclopedia.