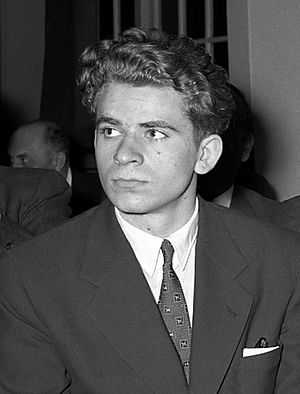 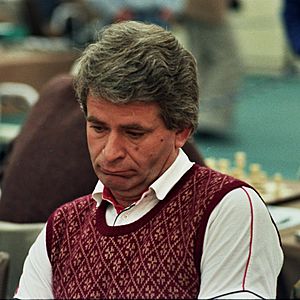 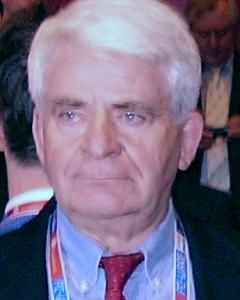 Boris Spassky (born 30 January 1937 in Leningrad), is a Soviet–French chess grandmaster. He was the tenth World Chess Champion, holding the title from late 1969 to 1972.p381

Boris won the Candidates match series in 1965 and 1968. He played for the world championship three times. Against Tigran Petrosian in 1966 he lost; against Petrosian again in 1969 (winning), and against Bobby Fischer in 1972 (losing). The match with Fischer in Reykjavik was the most publicised chess match of any time. His loss was subjected to the most rigorous scrutiny by the Soviet central committee for chess, and he was criticised for lack of adequate preparation.

The second half of his life until recently was lived in France. He has both Russian and French nationality.

On 1 October 2006, Spassky suffered a minor stroke during a chess lecture in San Francisco. On 23 September 2010, ChessBase reported that Spassky had suffered a more serious stroke that had left him paralyzed on his left side. After that he returned to France for a long rehabilitation programme.

On 16 August 2012, Spassky left France to return to Russia under disputed circumstances. He now lives in an apartment in Moscow.

All content from Kiddle encyclopedia articles (including the article images and facts) can be freely used under Attribution-ShareAlike license, unless stated otherwise. Cite this article:
Boris Spassky Facts for Kids. Kiddle Encyclopedia.