Alice Kuipers (born 29 June 1979) is a British-born author living in Saskatchewan, Canada who is best known for her young adult novels. Life on the Refrigerator Door won the Grand Prix de Viarmes, the Livrentête Prize, the Redbridge Teenage Book Award in 2008 and the Saskatchewan First Book Award in 2007, was narrated as an audio book by Amanda Seyfried and Dana Delany, and has been adapted for theater in England, France and Japan. 40 Things I Want To Tell You won a Saskatchewan Book Award for Young Adult Literature in 2013. The Worst Thing She Ever Did (Lost For Words in the U.S.) won the Arthur Ellis Award for Best Juvenile/YA Crime Book in 2011.

Kuipers was born the first of three children in London, England and is of Dutch and English descent. She attended the Westminster School in London, before receiving a Bachelor of Science in psychology from Manchester University. She later graduated with Distinction with a Master of Arts degree in Writing from Manchester Metropolitan University. Her mother is Head of the Department of Psychology at King's College in London, England and a Professor of Clinical Psychology. Her father works as an advisor to local and central government on criminal and civil justice systems, and was previously a Chair of Governors and troubleshooting at OFSTED.

At eighteen, Kuipers travelled alone for a year with an itinerary that included the Cook Islands, New Zealand, Cambodia, Australia, Vietnam and the U.S., which she has stated has had a significant influence on her work. In an interview with Chatelaine magazine, Kuipers said, "I could spend my whole life exploring it [the world] and never come close to seeing everything there is to see... I learned not to worry too much if I took a wrong step. Something would come of whichever route I chose."

Kuipers moved to Saskatchewan, Canada and settled there in 2003. She lives in Saskatoon, with her husband, the writer Yann Martel, and their four young children.

Kuipers' debut young adult novel in 2007, Life on the Refrigerator Door, sold in twenty-eight countries and was the winner of the Saskatchewan First Book Award, the Sheffield Libraries Choice Award and the Grand Prix de Viarmes. It was long-listed for the Carnegie Medal. The audio version of the novel was narrated by Amanda Seyfried and Dana Delany in 2007. It was adapted for theatre and staged in London, England in 2014 and in Paris, France in 2016. Life on the Refrigerator Door is told through a series of notes and post-its written from a mother to her fifteen-year-old daughter before and during a family crisis.

Kuipers' second young adult novel in 2010, The Worst Thing She Ever Did (Lost For Words in the U.S.), sold in 9 territories and won the Arthur Ellis Award, Best Juvenile/YA Crime Book 2011 and the OLA White Pine Official Selection 2011. This novel deals with confronting past tragedy and is set in London, England.

40 Things I Want To Tell You was published in 2012 and rights were sold in Germany, Greece, Denmark and Croatia. It won a Saskatchewan Book Award for Young Adult Literature in 2013 and was a 2013 Young Adult Honour Book for the Canadian Library Association. Kuipers' third novel is about a teenage writer of an on-line advice column for teenagers, who is unable to follow her own good advice.

In 2014, three books by Kuipers were published. The Death of Us, a young adult novel, is a coming of age story about two young girls involved in a deadly car accident. As well, The Best Ever Bookworm Book, by Violet and Victor Small, a book for children illustrated by Bethanie Murguia, and Lost and Curious Things, an interactive ebook, were published.

In 2015, Kuipers' short story, Ten Minutes, "the raw, beautiful story of a young woman's journey towards self-awareness and wellness" was released. Two more books by Kuipers were published in 2016: Violet and Victor Write the Most Fabulous Fairytale, again with illustrator Bethanie Murguia, as well as Secrets of the Badlands, an interactive ebook. In 2017, Kuipers released another young adult novel, Me (and) Me, about a rising rock star, forced to make a terrible choice "and in that moment her world splits into two distinct lives".

Kuipers' non-fiction has been published in Easy Living Magazine, the Sunday Telegraph and the Bristol Review of Books. She has also written for the children's market.

Since 1999, Kuipers has led writing workshops in Hong Kong, the UK, Australia, Canada and the US, including a workshop in the Yukon in 2004. She has been an invited lecturer and workshop leader at several festivals, including Montreal Blue Met Festival, Brisbane Festival of Literature, The Word on the Street Saskatoon, Wordfest Calgary, and The Vancouver Writers Fest, and was keynote presenter at the Saskatchewan Festival of Words in 2010.

In 2008, she won the Saskatchewan Lieutenant Governor's Artists Award '30 Below' for young artists. In 2010, she spent a year as Saskatoon Public Library Writer in Residence, working with community groups, individuals, teaching workshops and visiting schools.

Kuipers worked with software developer, Rich Lowenberg, to create the first Writing Tips App for iPhone, which went on to be the second bestselling app in the Educational Apps Listings in both the US and Canada in 2010.

Life on the Refrigerator Door has been successfully adapted for stage in three languages. It was first adapted and directed by Amy Draper in 2014 at the Yard Theatre in Hackney Wick, London, England, starring Cassandra Bond and Angela Clerkin. 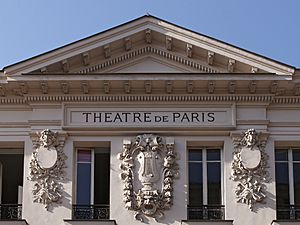 In March 2016, it was staged in Paris, France under the name Je T'ai Laisse Un Mot Sur Le Frigo at the Théâtre de Paris in the Salle Réjane. The play was adapted and directed by Marie-Pascale Osterrieth and starred Michèle Bernier and Charlotte Gaccio. The building which houses the current Théâtre de Paris was first built in 1730, and later converted to the New Theater in 1891 where the works of playwrights such as Henrik Ibsen have been presented.

The story was staged in Japan in June 2016 under the name Reizōko no Ue no Jinsei at the Sogetsu Hall Theater in Tokyo and at the Hyogo Performing Arts Center in Nishinomiya, Hyogo Prefecture. The adaptation was by Noriko Sanya and the play was directed by Shatama Sakae with music direction by Yasuhiro Kasamatsu.

In various interviews and Q and A sessions, Kuipers has named Hermann Hesse, Fyodor Dostoyevsky, Emily Brontë, Elizabeth Strout, Valerie Martin, Dr. Seuss, Mo Willems and Louisa May Alcott as having positively influenced her work. In an interview with Novel Matters, Kuipers said the novel she "most loved is called The Glass Bead Game by Hermann Hesse" and that she admired Tennessee Williams' ability to write dialogue.

All content from Kiddle encyclopedia articles (including the article images and facts) can be freely used under Attribution-ShareAlike license, unless stated otherwise. Cite this article:
Alice Kuipers Facts for Kids. Kiddle Encyclopedia.