Alison Jolly (May 9, 1937 – February 6, 2014) was a primatologist, known for her studies of lemur biology. She wrote several books for both popular and scientific audiences and conducted extensive fieldwork on Lemurs in Madagascar, primarily at the Berenty Reserve, a small private reserve of gallery forest set in the semi-arid spiny desert area in the far south of Madagascar.

Under her maiden name, she first published "Control of the Hand in Lower Primates" in 1962. Jolly began studying lemur behavior at Berenty in 1963 and was first to propose female dominance in a primate society. She encouraged field studies that contributed to knowledge about Malagasy wildlife and advised many researchers; she briefed Jane Wilson-Howarth and colleagues before their first expedition to Madagascar in 1981. Since 1990 Jolly had returned for every birthing season to carry out research assisted by student volunteers. She focused on ring-tailed lemur demography, ranging, and especially inter-troop and territorial behavior, in the context of the fivefold difference in population density from front to back of the reserve.

Her scientific books include Lemur Behavior: A Madagascar Field Study, and The Evolution of Primate Behavior', Her non-technical works include Madagascar: A World Out of Time and Lords & Lemurs: Mad Scientists, Kings With Spears, and the Survival of Diversity in Madagascar. She also wrote numerous articles for consumer magazines and scientific journals.

Jolly was the author of two series of children's books—The Ako Books and The Fiddle Stories. 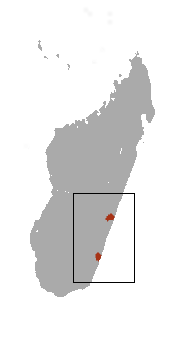 In June 2006, a new species of mouse lemur, Microcebus jollyae, was named in Jolly's honor.

The daughter of the artist Alison Mason Kingsbury and the scholar and poet Morris Bishop, in 1963 Alison Jolly married Richard Jolly, the development economist. She died at home in Lewes, East Sussex, in February 2014 at the age of 76. She is survived by her husband and their four children.

All content from Kiddle encyclopedia articles (including the article images and facts) can be freely used under Attribution-ShareAlike license, unless stated otherwise. Cite this article:
Alison Jolly Facts for Kids. Kiddle Encyclopedia.