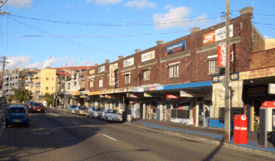 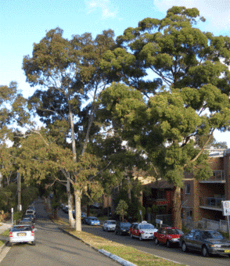 Allawah is a suburb in southern Sydney, in the state of New South Wales, Australia. Allawah is 16 kilometres south of the Sydney central business district and is part of the St George area. Allawah lies mostly in the local government area of the Georges River Council and partly in Bayside Council. The postcode is 2218, which is shared by the neighbouring suburb of Carlton.

The name "Allawah" is Aboriginal in origin, from a local term meaning 'make your abode here' or 'remain here'. It is thought that the Aboriginal clan most prominent in the St George area, the Gameygal or Kameygal – the people of Kamay (Botany Bay), lived in and around the area.

The first land grant was made in 1808 to Captain John Townson by Major George Johnston after he had briefly deposed Governor Bligh in 1808, consisting of 1950 acres (789 hectares), which became known as Townson's Farm. The grant extended from King Georges Road and Stoney Creek Road (of modern-day Penshurst and Beverly Hills) to beyond Kogarah railway station. Later, an additional 250 acres (101 hectares) to the north was granted after Townson complained about the quality of about 300 acres (121 hectares) of this grant (in what was later to become Bexley, Carlton and Allawah).

The railway line to Hurstville was opened in 1884, but the railway station at Allawah did not open until 23 October 1925.

Allawah railway station is on the Illawarra line serviced by Sydney Trains. The railway station has had an upgrade in recent years, including the installation of lifts to benefit the mobility challenged. Trains stop at Allawah six times an hour during peak times, and twice an hour at all other times.

All content from Kiddle encyclopedia articles (including the article images and facts) can be freely used under Attribution-ShareAlike license, unless stated otherwise. Cite this article:
Allawah, New South Wales Facts for Kids. Kiddle Encyclopedia.