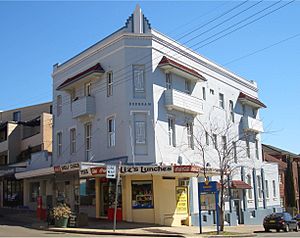 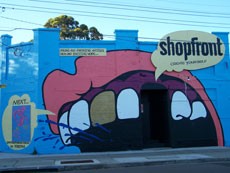 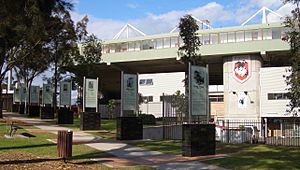 Carlton is a suburb in southern Sydney, in the state of New South Wales, Australia. Carlton is located 15 kilometres south of the Sydney central business district and is part of the St George area. Carlton lies across the boundary of two local government areas, the Georges River Council and the Bayside Council.

The area was originally heavily timbered. Carlton was part of a grant of 1,950 acres (7.9 km2) made to Captain John Townson in 1808. The grant extended from King Georges Road and Stoney Creek Road to beyond Kogarah railway station. When the railway line to Hurstville was opened in 1884, large estates were subdivided and residents began moving in. However, there was no platform at Carlton until 1889. Landholders were given a block of land free if they contributed 400 pounds to finance the construction of the platform and station buildings. They were also guaranteed a first class ticket to Sydney for one year.

The Shopfront Contemporary Arts Centre in Carlton Parade is a co-operative owned completely by young people aged 8 to 25 with an international reputation that has made Australian and overseas tours. It was founded by Errol Bray in 1976.

According to the 2011 census of Population,were 9,808 residents in Carlton. 52.9% stated they were born overseas with the top countries of birth being China 11.5%, Macedonia 3.7% and Greece 3.1%. English was stated as the only language spoken at home by 36.7% residents the most common other languages spoken were Mandarin 9.3%, Greek 8.3% and Cantonese 8.3%. The most common responses for religious affiliation were Catholic 21.1%, No Religion 18.3% and Orthodox 18.1%.

All content from Kiddle encyclopedia articles (including the article images and facts) can be freely used under Attribution-ShareAlike license, unless stated otherwise. Cite this article:
Carlton, New South Wales Facts for Kids. Kiddle Encyclopedia.