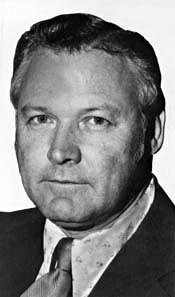 Baldus was born in Garner, Iowa. He grew up in Elkton and Austin in Minnesota. He studied at Riverland Community College. Baldus died on February 2, 2017 in Menomonie, Wisconsin, aged 90.

All content from Kiddle encyclopedia articles (including the article images and facts) can be freely used under Attribution-ShareAlike license, unless stated otherwise. Cite this article:
Alvin Baldus Facts for Kids. Kiddle Encyclopedia.