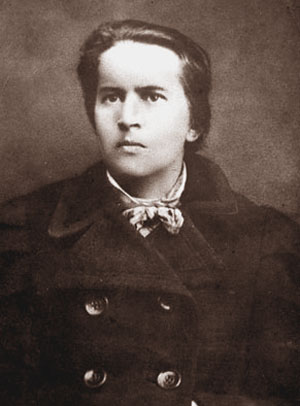 Anna Semyonovna Golubkina (Russian: Анна Семёновна Голубкина; January 28, 1864 - September 7, 1927) was a Russian impressionist sculptor. As the first Russian sculptor to receive the Paris Salon prize, she is regarded as the first female Russian sculptor of note. Golubkina also had an exhibition at the prestigious Alexander III Museum. A crater on Venus is named after her.

All content from Kiddle encyclopedia articles (including the article images and facts) can be freely used under Attribution-ShareAlike license, unless stated otherwise. Cite this article:
Anna Golubkina Facts for Kids. Kiddle Encyclopedia.