Antoine Ephrem Cartier (1836–1910) was a businessman famous for helping develop the beginnings of Ludington, Michigan, in the nineteenth century. 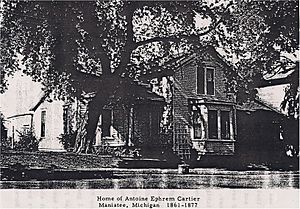 Antoine was born in the Trois-Rivières regional county municipality, Canada, of Quebec area on May 16, 1836. He was baptized in Maskinongé village on May 17. As a boy he was a laborer on the family farm in Canada, however had no interest in agriculture. Since much of his time was needed on the family farm, he received little schooling.

In 1852, when Antoine was 16, his father died. He moved away from the family farm in Canada and went to Chicago in the fall of 1854. There he became a laborer involved with lumber. He stayed there just a few months and then moved to Manistee, Michigan. At first he was a logger driving and directing logs down the Manistee River. Later he did this also on the Pere Marquette River at Ludington.

Antoine married Eliza N. Ayers in Manistee on December 3, 1859. They moved from Manistee to Ludington in 1877 with their family of 8 children. There was a ninth child, a daughter who died in infancy.

Antoine built a Victorian style home at the northeast corner of Ludington Avenue and Lavinia Street near downtown Ludington in 1878. Presently it is a Bed and Breakfast called "Ludington House". 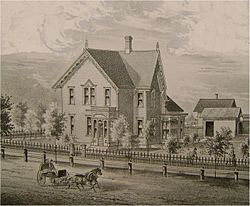 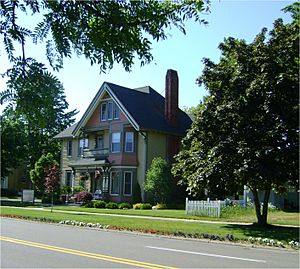 Antoine's father is Jean-Baptiste Cartier Jr. Jean Jr. was a farmer born at his parents farm estate in the Maskinongé area of Quebec by the river of the same name. Antoine's grandfather (Jean-Baptiste Cartier Sr.) was born at Saint-François-du-Lac, Quebec. Antoine's mother's name was Rosalie (Courchesne) Cartier. Antoine's siblings were six brothers and two sisters. Of as 1895 there were only 4 siblings living besides himself.

Antoine is related to and can trace his family line back 400 years to Jacques Cartier, the famous French explorer who claimed what is now Canada for France. There is an extensive detailed family history genealogy self-published by Morgan E. Cartier (Antoine's grandson, Warren Antoine Cartier's son) on display at the "Ludington House" that shows his family line going back to Jacques Cartier.

Anecdotes of the ancestors of Antoine Ephrem Cartier

Sometime around 1877 Antoine purchased the Stanchfield mill and considerable timerland and property around Ludington. In 1882 the mill was sold to Butter's Company. Antoine then purchased the shares of the Cartier mill owned by William Allen and George Goodsell and developed the Cartier Lumber Company by 1892.

Approximately 1878 Antoine was a partner with D. L. Filer in the large lumbering firm Cartier & Filer. It operated a sawmill and store. As of 1882 Antoine was half owner of Danaher & Cartier (a shingle mill business) and a member of Dempsey, Cartier & Company at Manistee.

Antoine became a large stockholder in the Northern Michigan Transportation Company from 1904 to 1910.

His business axioms were simple.

Antoine was a mayor for Ludington in 1880 and 1881. He was also a member of the city council for 4 years in Manistee. Antoine supported the Democratic party.

The Cartier family line has been of the Catholic faith for hundreds of years. Antoine's faith was also Catholic and he supported the local Ludington parish St. Simon church of which he was a member. 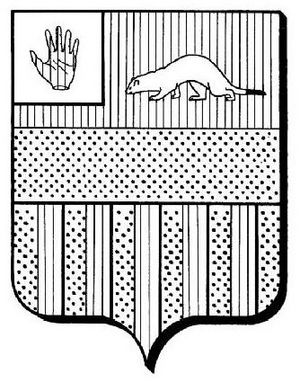 Antoine died March 1, 1910, and was buried in the Pere Marquette cemetery at Ludington on March 4.

All content from Kiddle encyclopedia articles (including the article images and facts) can be freely used under Attribution-ShareAlike license, unless stated otherwise. Cite this article:
Antoine Ephrem Cartier Facts for Kids. Kiddle Encyclopedia.