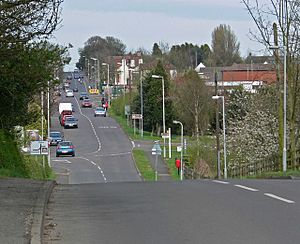 Ashby Woulds is a civil parish in Leicestershire, England. The population (including Albert Village) at the 2011 census was 3,763. It is in the North West Leicestershire district, to the west of Ashby de la Zouch. The main settlements in the parish are Moira and Norris Hill.

Until 1974 the parish was an urban district of Leicestershire.

All content from Kiddle encyclopedia articles (including the article images and facts) can be freely used under Attribution-ShareAlike license, unless stated otherwise. Cite this article:
Ashby Woulds Facts for Kids. Kiddle Encyclopedia.