Kids Encyclopedia Facts
Not to be confused with Barratt Island. 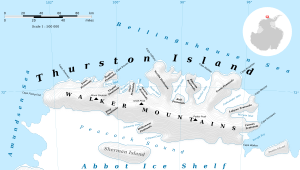 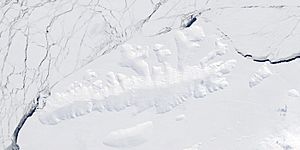 Barrett Island is an ice-covered island about 4 kilometres (2 nmi) long, lying just within the northern part of the mouth of Morgan Inlet, Thurston Island. It was mapped by the United States Geological Survey from surveys and from U.S. Navy air photos, 1960–66, and named by the Advisory Committee on Antarctic Names for Lieutenant (j.g.) Barry B. Barrett, a pilot of Squadron VX-6 on photographic flights during U.S. Navy Operation Deepfreeze 1964.

All content from Kiddle encyclopedia articles (including the article images and facts) can be freely used under Attribution-ShareAlike license, unless stated otherwise. Cite this article:
Barrett Island Facts for Kids. Kiddle Encyclopedia.