Peeters studied Germanic philology and drama in Antwerp. There, he met Jan Leyers and Hugo Matthysen, with whom he worked later.

In 1972, Peeters, still a teenager, played the title role in teen drama Bart Banninks. He went on to present some comedy and music shows aimed at teenagers. In 1978, Bart Peeters, Hugo Matthysen, Jan Leyers and Marc Kruithof played in a coverband called Beri Beri, but as a musician Bart Peeters gained his fame with The Radios. This band (with Ronny Mosuse, Robert Mosuse, Dany Lademacher, Alain Van Zeveren and Marc Bonne) had an international hit with 'She Goes Nana' in 1991.

After gaining fame his television career took off, starting out with a main role in the now legendary series Dag Sinterklaas in which he visited Sinterklaas (played by Jan Decleir) in his castle. After that he presented some of the most popular television shows in Flanders, such as De Droomfabriek and De Leukste Eeuw. Het Peulengaleis, a television spin-off from Het Leugenpaleis, a radio comedy show he presented together with Hugo Matthysen, gained a large cult following. He became the most popular television personality in Flanders, being selected to present large one-off shows such as the celebration show for 50 years of television in Flanders or the tsunami relief telethon and presenting some television shows in The Netherlands.

Music was always present in his television career: he presented the Flemish selection show for the Eurovision Song Contest several times, had his own talent show (De Grote Prijs Bart Peeters) and presented several music shows (Lalala Live, Nonkel Pop,...). During this time he was also the drummer for The Clement Peerens Explosition, a parody rock band that started in his radio show Het Leugenpaleis.

After touring as Bart Peeters zonder circus (Bart Peeters without circus) and making a solo album based on the tour called Het Plaatje van Bart Peeters (The Record of Bart Peeters) in 2004, he decided to spend more time on music again, starting a proper solo career. In 2006 he made Slimmer dan de Zanger (More Clever Than the Singer) and in 2008 he released his third album, De Hemel in het Klad (Draft of Heaven), which went straight to number one in the Flemish charts. A fourth album titled De Ideale Man (The Ideal Man), said to be the third of a trilogy together with Slimmer dan de Zanger and De Hemel in het Klad, was released in October 2010. That same year, he won a Music Industry Award in Flanders for best Dutch-language artist, after which he released a compilation album called Het Beste en Tot Nog Eens (All the best and see you later) and took a break from recording music. In 2014 he made his comeback with Op de Groei (To Grow Into).

Bart Peeters is married and has two daughters and a son. He lives in Hove near Antwerp. 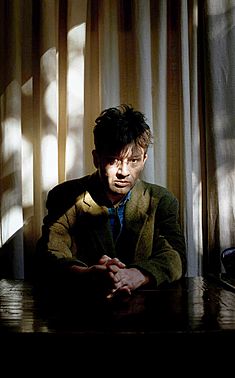 All content from Kiddle encyclopedia articles (including the article images and facts) can be freely used under Attribution-ShareAlike license, unless stated otherwise. Cite this article:
Bart Peeters Facts for Kids. Kiddle Encyclopedia.