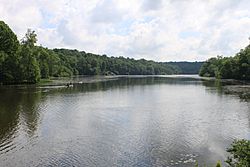 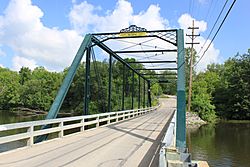 Barton Hills is a village in Washtenaw County in the U.S. state of Michigan. As of the 2010 census, the population was 294. The village is located within Ann Arbor Charter Township just northwest of the city of Ann Arbor.

Originally established by Detroit Edison president Alex Dow on land acquired for the Barton Dam, Barton Hills was designed as an exclusive, forested residential enclave just outside Ann Arbor. In 1944, the community was sold to its residents, and a village was incorporated in 1973. The streets in the village were formerly owned by the Barton Hills Maintenance Corporation but were purchased by the village itself in 2010.

Located within Ann Arbor Charter Township and adjacent to the city of Ann Arbor, the community was originally named "Huron Farms" and was established by the Detroit Edison Company in 1913. The company acquired land on both sides of the Huron River and built a series of dams for electric power production. Land owned by the company was also used for agricultural purposes, including farms, dairy cattle, and fruit orchards. The area where the village is currently located was too hilly for farming and was instead promoted by company executive as an exclusive residential community for company executives. Membership in the Barton Hills Country Club was considered by many to be a mark of distinction. As homes were constructed in the 1920s, restrictions attached to each deed stipulated that the homes must be designed by a registered architect. 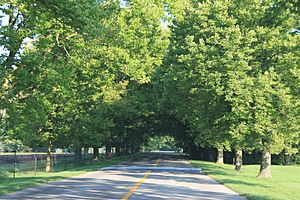 By the 1940s, through the economic and social turmoil of the Great Depression and World War II, the community had become an economic liability for a public utility. The company shareholders decided to make an outright gift of its holding to the residents of the community in exchange for assuming responsibility for maintaining the water system, roads, and other municipal services.

However, the community did not seek municipal status until some thirty years later. On December 12, 1973, the community became the first home rule village in Washtenaw County.

According to the United States Census Bureau, the village has a total area of 0.75 square miles (1.94 km2), all land. Barton Hills sits on the north bank of Barton Pond, the impoundment of the Huron River, created by the Barton Dam, a low-head hydroelectric dam originally built by Detroit Edison.

There were 123 households, of which 25.2% had children under the age of 18 living with them, 69.9% were married couples living together, 2.4% had a female householder with no husband present, 3.3% had a male householder with no wife present, and 24.4% were non-families. 21.1% of all households were made up of individuals, and 14.6% had someone living alone who was 65 years of age or older. The average household size was 2.39 and the average family size was 2.74.

All content from Kiddle encyclopedia articles (including the article images and facts) can be freely used under Attribution-ShareAlike license, unless stated otherwise. Cite this article:
Barton Hills, Michigan Facts for Kids. Kiddle Encyclopedia.