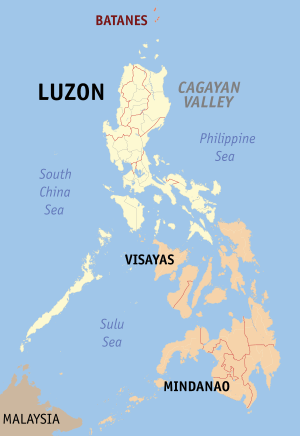 Map of the Philippines showing the location of Batanes

The provincial flag of Batanes 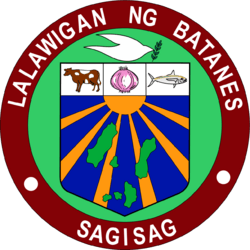 The provincial seal of Batanes

Batanes (Ivatan: Provinsiya nu Batanescode: ivv is deprecated ; Tagalog: Lalawigan ng Batanes) is an archipelagic province in the Philippines that is found in the Cagayan Valley region. It is the northernmost province in the country, and also the smallest, both in population and land area. The capital is Basco located on the island of Batan.

The island group is about 162 kilometres (101 mi) north of the Luzon mainland and about 190 kilometres (120 miles) south of Taiwan, separated from the Babuyan Islands of Cagayan Province by the Balintang Channel, and from Taiwan by the Bashi Channel.

All content from Kiddle encyclopedia articles (including the article images and facts) can be freely used under Attribution-ShareAlike license, unless stated otherwise. Cite this article:
Batanes Facts for Kids. Kiddle Encyclopedia.