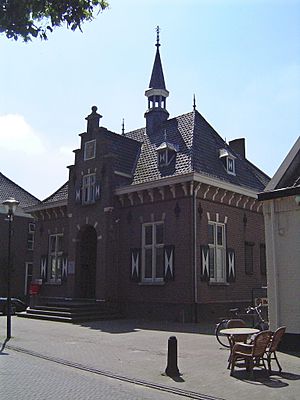 Beers is a village in the province of North Brabant, the Netherlands. It is part of the municipality of Cuijk and is in the very northeastern part of the province, close to the Meuse River.

Till 1994 Beers was also a municipality.

All content from Kiddle encyclopedia articles (including the article images and facts) can be freely used under Attribution-ShareAlike license, unless stated otherwise. Cite this article:
Beers, North Brabant Facts for Kids. Kiddle Encyclopedia.