Berwick Academy is a college preparatory school located in South Berwick, Maine. Founded in 1791, it is the oldest educational institution in Maine and one of the oldest private schools in North America. The school sits on an 80-acre, 11-building campus on a hill overlooking the town, near the border between Maine and New Hampshire. Approximately 565 students in grades Pre-K through 12 (and Post-Grad) attend this coeducational day and boarding school. The majority of students commute to Berwick from approximately 60 communities in the surrounding regions of southern Maine, southeastern New Hampshire and northeastern Massachusetts. There are also some international residential students. 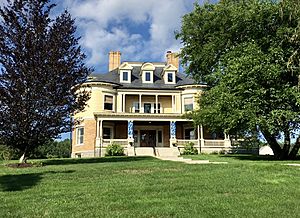 The Burleigh-Davidson Building is home to admissions and administration

Berwick Academy was founded in 1791 when citizens of Berwick, York, and Wells (then villages in the District of Maine within the recently founded state of Massachusetts) raised $500 to teach languages, liberal arts and sciences to "the youth in this part of the country." Chartered by Massachusetts Governor John Hancock later that year and armed with a classical educational mission, the school opened in a small hip-roofed Georgian building on land donated by Judge Benjamin Chadbournes. Today known as The 1791 House, the building was relocated to the current campus in 1971 and is the oldest school structure in the United States still utilized today.

From its founding the school contracted with the town of South Berwick to educate local students, serving both as a private college preparatory school and the de facto local public. As the town grew and industrialized, the school's dual role necessitated campus expansion. A new Academy building was built in 1830, and destroyed by fire in 1851. Its successor, designed by architect Richard Upjohn, was superseded by the William Hayes Fogg Memorial Building in 1894. Designed by George Albert Clough in the Richardsonian Romanesque style, landscaped by Frederick Law Olmsted, and built complete with electricity and state-of-the-art science labs, it remains a focal point of the modern campus, housing the majority of Upper School history, English, and foreign language classrooms. 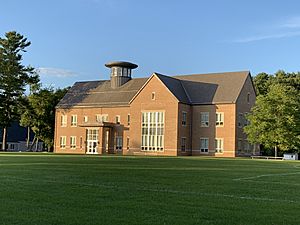 In 1955, the contract with South Berwick terminated and the school reverted to a purely private "prep school," featuring boarding for boys, a day department for girls, and college preparation on a classical model for both. Considerable physical expansion during this period included the acquisitions of surrounding homes for dormitories and of adjacent lands for playing fields.

In the 1970s, the burdensome cost of housing students and the increasing suburbanization of northern New England resulted in a further transformation from boarding academy to country day school. A Middle School was founded in 1971 and a Lower School in 1977; boarding was discontinued in 1976 and the dormitory-homes sold or converted to educational uses. In the subsequent decades the school's enrollment, endowment, and physical plant have steadily increased, with the addition of Jackson Library, the Jeppesen Science and Math center, the Baldwin Arts Center, and a sports complex, among other facilities. The school has come to occupy a unique academic position in between the 18th century American college preparatory school and the 19th Century progressive country day school. In 2017 it was announced that the school would begin a small residential program, beginning in the 2018-2019 school year.

Berwick is governed by a 23-member Board of Trustees, with a Head of School in charge of day-to-day operation and fundraising. The three subsidiary schools are headed by Division Directors. The Upper School has advisors, class advisors, Grade Deans and an Assistant Director, and the Middle School a Dean of Students.

Berwick Academy is situated on an 80 acre campus in the town of South Berwick, Maine, high above the Salmon Falls River. The campus consists of eleven major buildings, including the Fogg Memorial Building (home of the Upper School), Burleigh-Davidson Building (home of admissions and administration), the 1791 Building (finance and facilities), the Jackson Library, Jeppersen Science Center. 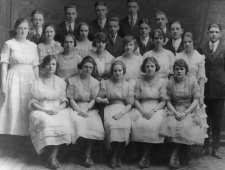 The Berwick curriculum balances tradition with innovation and prepares students for college while ensuring they become ethical citizens that possess "virtue and useful knowledge." In keeping with the school's classical mission subjects of study are diverse and include Liberal Arts, Sciences, Fine Arts, Music and Mathematics. Berwick has a student-teacher ratio of 8:1 and an average class size of 14 students.

Berwick Academy has traditionally prepared students for Bowdoin, Dartmouth, Colby and Bates colleges. While these relationships have continued, graduates now matriculate at a wide variety of highly selective colleges in the United States and abroad, including other Ivy League and Little Ivies, and the Ancient Universities of Great Britain.

Participation in sports is generally required for grade advancement. Middle School students are required to play three sports (an activity like "maker space" will also satisfy this requirement) during their course of study (one for each trimester), and participation in interscholastic athletics is required of Upper School students for at least one trimester per year. Waivers are given to Upper School students participating in a sport not offered at the school. Other after-school extracurricular activities, such as drama, dance, robotics, or independent research projects through the "Innovation Center", are offered as well. Lower school students participate in intramural sports. 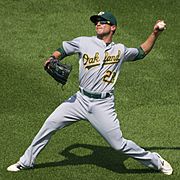 All content from Kiddle encyclopedia articles (including the article images and facts) can be freely used under Attribution-ShareAlike license, unless stated otherwise. Cite this article:
Berwick Academy (Maine) Facts for Kids. Kiddle Encyclopedia.