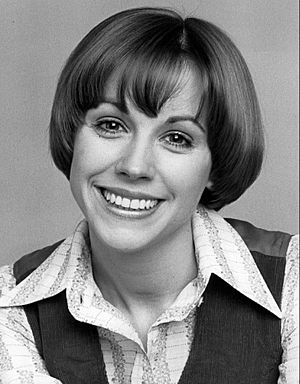 Elizabeth Key "Bess" Armstrong (December 11, 1953 ), is an American actress. She got her start in acting on stage. Armstrong has done most of her acting on television but has been in some movies. She starred in the 1986 movie Nothing in Common with Tom Hanks and Jackie Gleason.

Armstrong was born in Baltimore, Maryland.

All content from Kiddle encyclopedia articles (including the article images and facts) can be freely used under Attribution-ShareAlike license, unless stated otherwise. Cite this article:
Bess Armstrong Facts for Kids. Kiddle Encyclopedia.