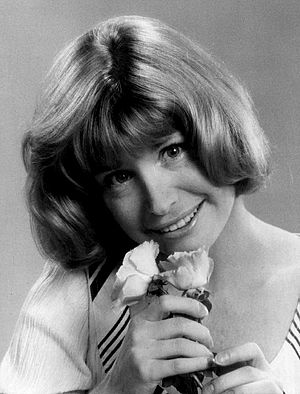 Bonnie Gail Franklin (January 6, 1944 – March 1, 2013) was an American actress. She worked mostly on television. She starred in the situation comedy One Day at a Time.

Franklin's father was Russian; her mother was Romanian.

All content from Kiddle encyclopedia articles (including the article images and facts) can be freely used under Attribution-ShareAlike license, unless stated otherwise. Cite this article:
Bonnie Franklin Facts for Kids. Kiddle Encyclopedia.