The river is named after Jacob Bowman, an early settler in the area. Around 1760 he bought a large tract of land near the creek. A number of Mr. Bowman's descendants reside in the area still. 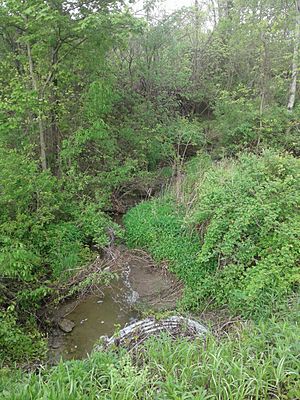 Bowmans Creek west of Hessville near the source

Bowmans Creek begins west of the hamlet of Hessville and starts flowing eastward.

All content from Kiddle encyclopedia articles (including the article images and facts) can be freely used under Attribution-ShareAlike license, unless stated otherwise. Cite this article:
Bowmans Creek Facts for Kids. Kiddle Encyclopedia.