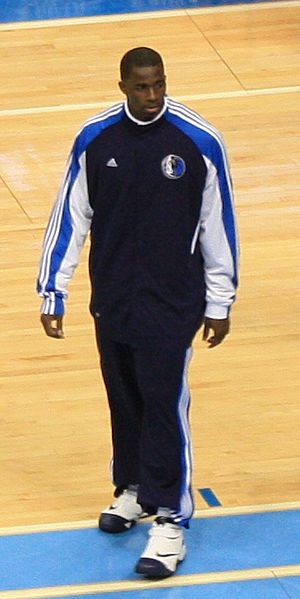 Brandon Bass (born April 30, 1985) is an American basketball player of the National Basketball Association (NBA). He is with the Boston Celtics. He played for LSU in college. He is a 6'8", 250 lb power forward.

On July 10, 2009, Bass signed a contract with the Orlando Magic. He was traded to the Boston Celtics in December 2011 for Glen Davis and Von Wafer. In July 2016, Brandon Bass agreed one-year deal with the Los Angeles Clippers.

In August 2017, signed a one-year, $2 million deal with the Liaoning Leopards.

All content from Kiddle encyclopedia articles (including the article images and facts) can be freely used under Attribution-ShareAlike license, unless stated otherwise. Cite this article:
Brandon Bass Facts for Kids. Kiddle Encyclopedia.