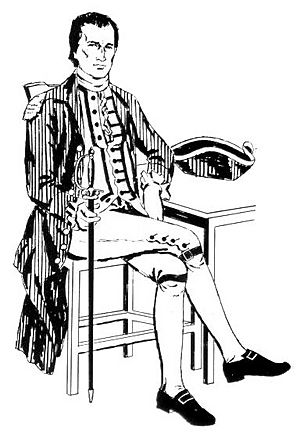 Breeches (pronounced or) is a type of clothing that males wear that covers the body from the waist down, with different coverings for each leg, usually stopping just below the knee, though sometimes reaching to the ankles. The breeching of a young boy, at an age somewhere between six and eight, was a completion in his childhood.

All content from Kiddle encyclopedia articles (including the article images and facts) can be freely used under Attribution-ShareAlike license, unless stated otherwise. Cite this article:
Breeches Facts for Kids. Kiddle Encyclopedia.