The collection, now cared for by the British Motor Industry Heritage Trust, was developed in the 1970s when a new division of the British Leyland Motor Corporation (BLMC) was formed to preserve and manage the company's collection of historic vehicles. In 1979, the company became BL Heritage Limited, adopting a new headquarters at Studley, Warwickshire. Two years later, a museum was opened at the London Transport Museum's former home of Syon Park, west of London, where some 100 vehicles from the collection were put on display.

In the late 1980s, it became evident that larger premises would be required as the collection developed. Several new sites were considered for a purpose built museum. The present location was chosen, on the site of the former RAF Gaydon airfield in South Warwickshire, which was home to the Rover Group's design, technology and testing ground. Plans were drawn up and construction began in 1991 for the new Heritage Motor Centre. Set in 65 acres (260,000 m2) of grounds, the centre brought together all of the Trust's operations for the first time, providing exhibition and storage space for the collection of over 250 vehicles and archive of over 2 million photographs, business records, brochures and drawings. The site also includes conference facilities.

When Rover Group was taken over by BMW in 1994, the British Motor Museum came under their ownership. Six years later, BMW sold the Rover Group, which meant that the Centre changed hands yet again, this time under the ownership of the Ford Motor Company. This latest change of ownership means that the Trust now had the opportunity to expand its collection to include all of the companies that have formed part of Britain's motor manufacturing history.

In November 2015 the Heritage Motor Centre closed for a £1.1 million refurbishment, and reopened on 13 February 2016 under the new name of British Motor Museum.

Vehicles in the collection 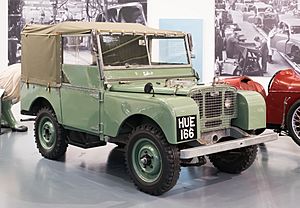 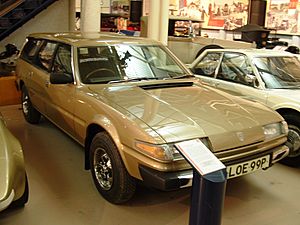 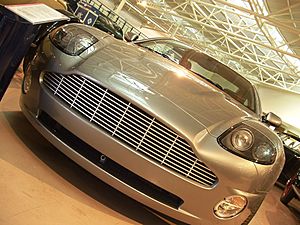 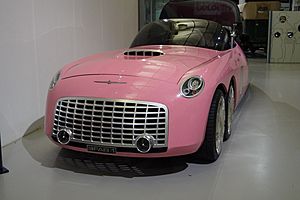 FAB1 car from the 2004 Thunderbird film

This is not an exhaustive list — a complete list is provided on the centre's website. Due to space limitations, not all cars are exhibited at all times.

The British Motor Museum offers a research and registry service for several British car marques. The Archive houses authentic historical records by many of the major car manufacturers, including a range of original factory ledgers which record the details of individual vehicles as they came off the production line. For a small fee, owners may send in their Vehicle Identification Number (VIN - aka chassis number) and/or engine numbers, and they will research the original production records for that vehicle and send back whatever information on the vehicle is available. This is a 'Certified Copy of a Factory Record' or more commonly known as a Heritage Certificate. This can include such details as a list of the options the car was ordered with, the original paint colour and any identification numbers that may be missing. This can be useful when applying for tax exemption or to obtain an age-related Registration Mark.

All content from Kiddle encyclopedia articles (including the article images and facts) can be freely used under Attribution-ShareAlike license, unless stated otherwise. Cite this article:
British Motor Museum Facts for Kids. Kiddle Encyclopedia.