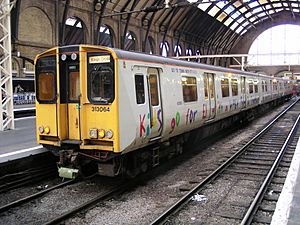 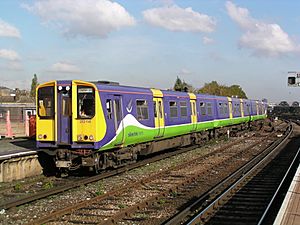 Class 313/1, no. 313114 arriving at Clapham Junction on 30th October 2004 with a service from Willesden Junction. This unit is painted in Silverlink Metro livery. 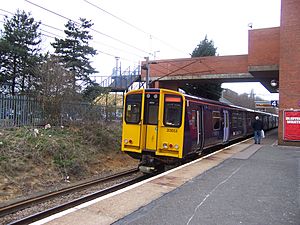 Unit 313033 sports a purple WAGN livery at Stevenage, albeit with FCC decals. 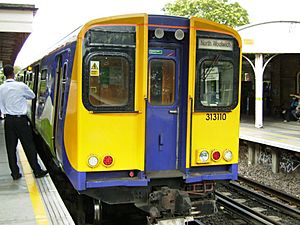 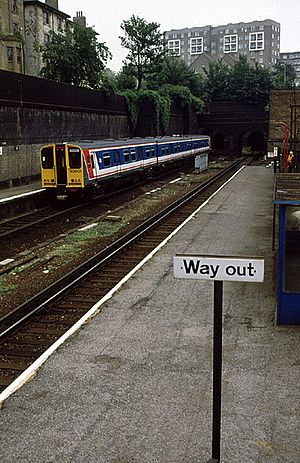 Class 313 electric multiple units were built by BREL at York Works from 1976-77, these being the first second-generation EMUs to be constructed for British Rail. They were also the first dual-voltage units to be built, capable of drawing power via 25 kV AC overhead, or 750 V DC third-rail, and the first units in Britain to have fully automatic couplers which allowed both physical coupling and also the connection of control electric and air supplies to be carried out without the need to leave the cab. Their passenger seats were an improvement on former types.

All content from Kiddle encyclopedia articles (including the article images and facts) can be freely used under Attribution-ShareAlike license, unless stated otherwise. Cite this article:
British Rail Class 313 Facts for Kids. Kiddle Encyclopedia.