Brooke Bond is a brand of tea owned by Unilever, formerly an independent tea-trading and manufacturing company in the United Kingdom, known for its PG Tips brand and its Brooke Bond tea cards.

Brooke Bond & Company was founded by Arthur Brooke, who was born at 6 George Street, Ashton-under-Lyne, Lancashire, England, in 1845. In 1869 he opened his first tea shop at 23 Market Street, Manchester. Brooke chose the business name because it was his 'bond' to his customers to provide quality teas, hence Brooke Bond. The firm expanded into wholesale tea sales in the 1870s.

The company opened a packing factory in Goulston Street, Stepney, London, in 1911.

Brooke Bond's most famous brand is PG Tips, launched in 1930. By 1957, Brooke Bond was probably the largest tea company in the world, with one third share of both the British and Indian tea markets.

The company merged with Liebig in 1968, becoming Brooke Bond Liebig, which was acquired by Unilever in 1984. The Brooke Bond name was significantly decreased by Unilever, however, the Brooke Bond tea brand was reintroduced on sale in 2019 in the UK after a 20 year absence.

Gold Crown Foods Ltd was licensed by Unilever to use the Brooke Bond name for the Brooke Bond 'D' and Brooke Bond Choicest brands. Today, the licence for D Tea is held by Typhoo, who used to sell it through their website – it had identical packaging to before minus the words 'Brooke Bond', although it is not currently available. It was also regularly sold across Britain in Poundland stores. The Brooke Bond brand is still used in other countries, especially in India. In Pakistan, Brooke Bond Supreme is the number-one-selling tea brand. Unilever markets it as being stronger than its Lipton Yellow Label blend.

In North America Brooke Bond's primary product was Red Rose Tea. Red Rose is still sold by Unilever in Canada, but in the United States is now marketed by Redco Foods.

The Brooke Bond factory is at Trafford Park near Manchester.

Brooke Bond Taj Mahal tea leaves are grown in estates of Upper Assam, Darjeeling and Tripura. It grows on the northern banks of Brahmaputra, which floods its banks every monsoon, creating a rich, humid soil. There is plentiful rain in the monsoon and humidity lasts through the year. The soil and weather together give Assam Tea its 'terroir' – a dark red brew, a strong malty flavor and deep body.

Brooke Bond Red Label, the Indian blend, is made in tea manufacturing units of Assam, Coochbehar, Darjeeling and some parts of Meghalaya. The manufacturing process of tea includes the stages of withering (leaving tea leaves to dry), rolling/cutting (through which complex series of chemical changes known as oxidation are initiated), drying and then grading into sizes.

Brooke Bond Supreme is imported to Pakistan, made from Kenyan tea leaves. 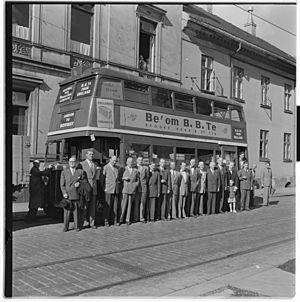 From 1954 until 1999, packets of Brooke Bond tea included illustrated cards, usually 50 in a series, which were collected by many children. One of the most famous illustrators of the cards was Charles Tunnicliffe, the internationally acclaimed bird painter. Most of the initial series were wildlife-based, including 'British Wild Animals', 'British Wild Flowers', 'African Wild Life', 'Asian Wild Life', and 'Tropical Birds'. From the late 1960s, they included historical subjects, such as 'British Costume', 'History of the Motor Car', and 'Famous Britons'. The last series in the 1990s concentrated on the Chimps of the TV adverts. Complete sets and albums in good condition are highly sought after collectors' items. The inclusion of these cards in packets of tea ceased in 1999. There were about 85 separate titles issued around the world: 59 series issued in the UK (1954–1999), 17 series in Canada (1959–1974; 7 of these were also issued in the US, 1960–66), 6 series in what was Rhodesia (1962–66), and 3 series in South Africa (1965–67). Many of them have since been reprinted.

set no / Title / year of issue / number of cards in set

All content from Kiddle encyclopedia articles (including the article images and facts) can be freely used under Attribution-ShareAlike license, unless stated otherwise. Cite this article:
Brooke Bond Facts for Kids. Kiddle Encyclopedia.