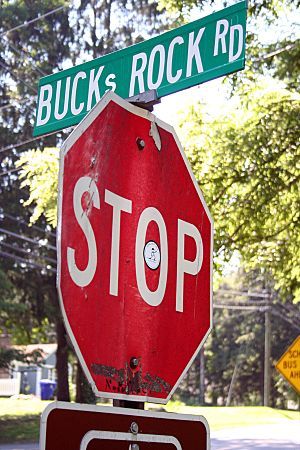 Buck's Rock Performing and Creative Arts Camp is an educational summer camp located in New Milford, Connecticut. The camp was established in 1942 by Dr. Ernst Bulova and his wife Ilse, Austrian educators who had studied under Maria Montessori. 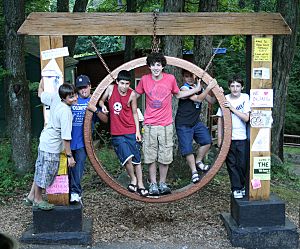 Campers hang out on the Gong

In 2015, the camp was purchased by Noah Salzman, a former camper, from Mickey and Laura Morris. In 2020, the camp was sold and has become a not-for-profit camp, with alumni Antonia Steinberg serving as President of the board. Former camper and counselor Scott Kraiterman serves as the camp's current director.

All content from Kiddle encyclopedia articles (including the article images and facts) can be freely used under Attribution-ShareAlike license, unless stated otherwise. Cite this article:
Buck's Rock Facts for Kids. Kiddle Encyclopedia.