Calfaria Baptist Chapel, Aberdare, was one of the largest baptist churches in the South Wales Valleys and the oldest in the Aberdare valley. The chapel had an ornate interior, including a boarded ceiling with a deeply undercut rose, while the balcony balustrading had a cast iron front with an intricate foliage design. These features were common in the Welsh chapels of the late nineteenth century. The organ was installed in 1903 at a cost of £850. It was played for the last time in 2012 by Robert Nicholls, during a Radio Cymru broadcast shortly before the closure of the chapel.

The earliest Baptist meetings in the area were held in agricultural buildings or in the Long Room of the Farmers Arms in Aberdare. In 1811, a small piece of land was leased from Griffith Davies of Ynysybwl and 1812, Carmel Baptist Church was opened. Known locally as Penpound, the first minister was William Lewis. The church struggled in the early days owing to the failure of the Aberdare Ironworks in 1815. Lewis's pastorate came to an end after only two years.

Thomas Price commenced his ministry in 1845. As the membership grew the building became too small so Carmel was handed over to a smaller English speaking congregation while a new chapel, Calfaria, was built nearby. The new chapel was designed by Thomas Joseph, a colliery engineer from Hirwaun, cost £1,400 to build and seated 840. The building was extended in 1859 and the adjacent Calfaria Hall built in 1871. The first service was held at Calfaria on 8 February 1852. By this time, Price had become a leading figure in public life, primarily as a result of his very public criticisms of the 1847 Education Reports and the evidence given to the commissioners by the vicar of Aberdare, the Rev John Griffith.

"I remember that once a month on Sunday afternoons, Dr. Price, the Baptist minister, used to baptise his recent converts in the Cynon River, alongside the iron bridge at the bottom of Commercial Street. I have seen as many as 25 or 30 converts, men and women, on the same afternoon. On these occasions the whole of the Baptist community used to meet at the chapel and march ii procession through the streets with the converts, the men converts being attired in long black robes and the women in white. They marched through the streets from the chapel to the place of baptism singing hymns. As a matter of course, large crowds gathered on the river banks to witness the immersions." 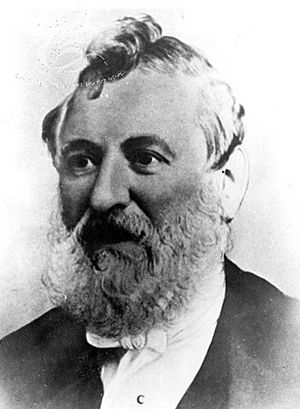 Calfaria retained its pre-eminence among the Baptist churches of the valley although Price's prestige was somewhat undermined by his failure to support Henry Richard at the 1868 General Election. In 1869, Price visited the United States for six months with his daughter Emily. His funeral in 1888 was one of the biggest seen in the valley.

Following Price's death, James Griffiths, minister of Calfaria, Llanelli received a unanimous call to become his successor at Calfaria. He was inducted as minister at special services held on Christmas Day 1888.

In 1923, Griffiths was elected president of the Baptist Union of Wales.

Like so many chapels, the difficulties continued with the decline of the Welsh language in the valley and by 2003 the membership had fallen to 19 with an average attendance of six at the evening service. After many years of decline, Calfaria eventually closed in 2012.

In August 2019 it was announced that retired Baptist minister Robert Stivey had bought the Calfaria building (as well as a number of other chapels) with a view of reopening as a community church.

All content from Kiddle encyclopedia articles (including the article images and facts) can be freely used under Attribution-ShareAlike license, unless stated otherwise. Cite this article:
Calfaria, Aberdare Facts for Kids. Kiddle Encyclopedia.