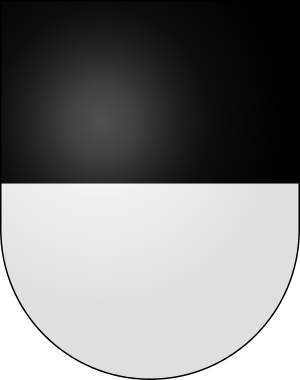 Coat of arms of Fribourg 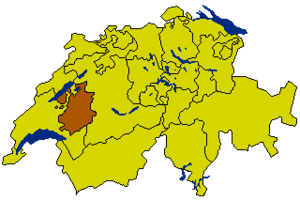 Canton of Fribourg in Switzerland

Fribourg is one of the twenty-six cantons of Switzerland. About 250,000 people live in the canton. Of these, about 100,000 live in the urban area of the capital of this canton: Fribourg City.

The canton of Fribourg is found in the west of Switzerland. The river Saane (Sarine) flows from the south to the north of the canton. It borders the cantons of Vaud, Bern and Neuchâtel.

There are 168 municipalities in the canton of Fribourg:

All content from Kiddle encyclopedia articles (including the article images and facts) can be freely used under Attribution-ShareAlike license, unless stated otherwise. Cite this article:
Fribourg (canton) Facts for Kids. Kiddle Encyclopedia.