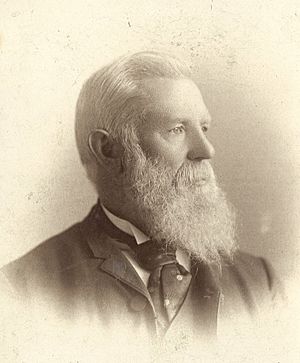 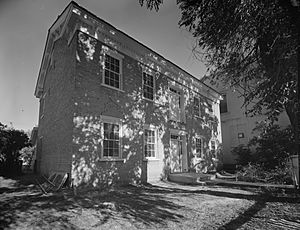 Peterson led a company of Mormon pioneers to the Salt Lake Valley in 1849. He was one of the founders of Lehi in Utah Territory.

In 1867, Peterson was asked to move to Ephraim, Utah to be a bishop of the church there. Peterson was instrumental in assisting the Latter-day Saints make peace with the Native Americans in Sanpete County. The Canute Peterson House, a house he built in Ephraim, is listed in the U.S. National Register of Historic Places.

On 1882-10-14, Peterson became a member of the Council of Fifty. When Peterson died in Ephraim, Utah, he was serving as the president of the Sanpete Stake, a position he held since 1877. Peterson was also ordained to the office of patriarch. Peterson is considered to be one of the founders of Snow Academy, know today as Snow College.

All content from Kiddle encyclopedia articles (including the article images and facts) can be freely used under Attribution-ShareAlike license, unless stated otherwise. Cite this article:
Canute Peterson Facts for Kids. Kiddle Encyclopedia.