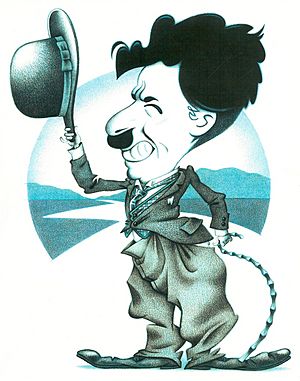 A caricature (from the Italian caricatura, which means "loaded portrait") is a portrait or drawing of a person that exaggerates the way they look, usually to create a humorous effect, or a political statement.

All content from Kiddle encyclopedia articles (including the article images and facts) can be freely used under Attribution-ShareAlike license, unless stated otherwise. Cite this article:
Caricature Facts for Kids. Kiddle Encyclopedia.