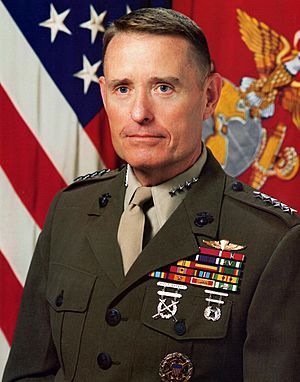 Mundy died from Merkel cell carcinoma on April 2, 2014 in Alexandria, Virginia. He was 78 years old. He was outlived by his daughter, Elizabeth Gunter.

All content from Kiddle encyclopedia articles (including the article images and facts) can be freely used under Attribution-ShareAlike license, unless stated otherwise. Cite this article:
Carl Epting Mundy, Jr. Facts for Kids. Kiddle Encyclopedia.