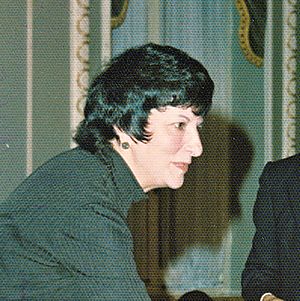 Naranjo was born in Cartago, the capital city of the Cartago Province. She received her primary education there at the Escuela República de Perú and her secondary at the Colegio Superior de Señoritas.

Naranjo served as Costa Rica's ambassador to Israel in the 1970s and also as the country's minister of culture. She was the author of the Costa Rican system of social security. She was inducted into La Galería de las Mujeres de Costa Rica (The Women's Gallery of Costa Rica) in 2005.

Naranjo wrote multiple books, including poetry, novels, storybooks, and essays. Her novels and stories have had much success, such as her first novel Los perros no ladraron (1966); however, Naranjo is also known for her poetry, such as La canción de la ternura (1964) and Hacia tu isla (1966).

After Naranjo returned to Costa Rica in 1964, having worked for United Nations in Venezuela, her literary career began to take off. She enrolled in a writer's workshop, led by Lilia Ramos (Costa Rican essayist), she began reading work by Latin American authors such as Carlos Fuentes, Juan Rulfo, Jorge Luis Borges, and Octavio Paz, and she published her first volumes of poetry, Hacia tu isla (1966) and Misa a oscuras (1964). She published her first novel, Los perros no ladraron in 1966, and in 1968, two more followed: Memorias de un hombre de palabra and Camino al mediodía. The success she had from her first three novels opened an international opportunity for her career and literary reputation. Upon accepting an invitation to the University of Iowa in the United States, Naranjo spent a year in 1969 in the Iowa Writers' Workshop, where she completed her next novel, Diario de una multitud (published in 1974).

In 1970, after much success with Camino al mediodía, which won second place in The Central American and Panama Flower Games (Los Juegos Florales Centroamericanos y de Panamá), she began to teach workshops (writing classes), and as a direct result of these classes, Naranjo was inspired to write her next notable novel, Responso Por El Niño Juan Manuel (1970).

All content from Kiddle encyclopedia articles (including the article images and facts) can be freely used under Attribution-ShareAlike license, unless stated otherwise. Cite this article:
Carmen Naranjo Facts for Kids. Kiddle Encyclopedia.